1982: Larry Walters had always wanted to be a pilot, and on 2 July he finally achieved his ambition.

The Los Angeles truck driver bought a bunch of weather balloons, inflated them with helium and tied them to an ordinary garden chair – what the Americans call a lawn chair. He then donned a parachute, strapped himself into the chair and instructed his ground crew to release the cords that tethered his home-made flying machine to the ground.

Walters had expected to rise gently into the sky and to float about at a modest altitude; instead, he zoomed upwards at an alarming speed and drifted into the airspace over Long Beach airport.

1981: The economic recession of 1981 to 1982 forced the closure of many steel mills and factories in Pittsburgh and throughout Pennsylvania. This produced a sharp reduction in air pollution. Measured in terms of total suspended particulates, or TSPs, pollution fell by a quarter between 1980 and 1982. The improved air quality led in turn to a decline in infant mortality caused by “internal” causes (respiratory and cardiopulmonary deaths, for example). While the number of births in Pennsylvania increased by roughly 3,000, the number of infant deaths actually decreased: from 1,815 in 1980 to 1,595 in 1982. So, each year, 220 infants lived who, if it hadn’t been for the recession, would have died.

1979: The introduction, in 1979, of a one-child family policy in China was followed by more intrusive birth control measures that reached a peak in 1983. The number of abortions increased from 5.4 million in 1978 to 14.4 million in 1983, while sterilisations jumped from 3.3 million to 20.8 million. Women bore the brunt: female sterilisations outnumbered male sterilisations by three to two in 1973; by 1985, four times as many women as men were operated on; in 2000, the ratio was more than five to one.

FIRST SPAM EMAIL, FROM DIGITAL EQUIPMENT CORPORATION TO 593 ADDRESSES ON ARPANET, 1 MAY 1978

1977: The novelist Vladimir Nabokov died in a Swiss hospital (window carelessly left open, bronchitis) at the age of 78. Véra, his wife, and Dmitri, his son, were in the room. With his last breath, said Dmitri, his father emitted “a triple moan of descending pitch”.

1976: The Sex Pistols weren’t all spittle and swear words. Nils Stevenson, their tour manager, recalled that Johnny Rotten “was incredibly charming with landladies; he really did have a way with older women”.

1975: “There are ominous signs that the earth’s weather patterns have begun to change dramatically and that these changes may portend a drastic decline in food production,” warned a science story in Newsweek. “The evidence in support of these predictions has now begun to accumulate so massively that meteorologists are hard-pressed to keep up with it.” What evidence? A shorter growing season in Britain, drought near the equator, lots of tornadoes in the United States. “The central fact is that after three quarters of a century of extraordinarily mild conditions, the earth’s climate seems to be cooling down.” 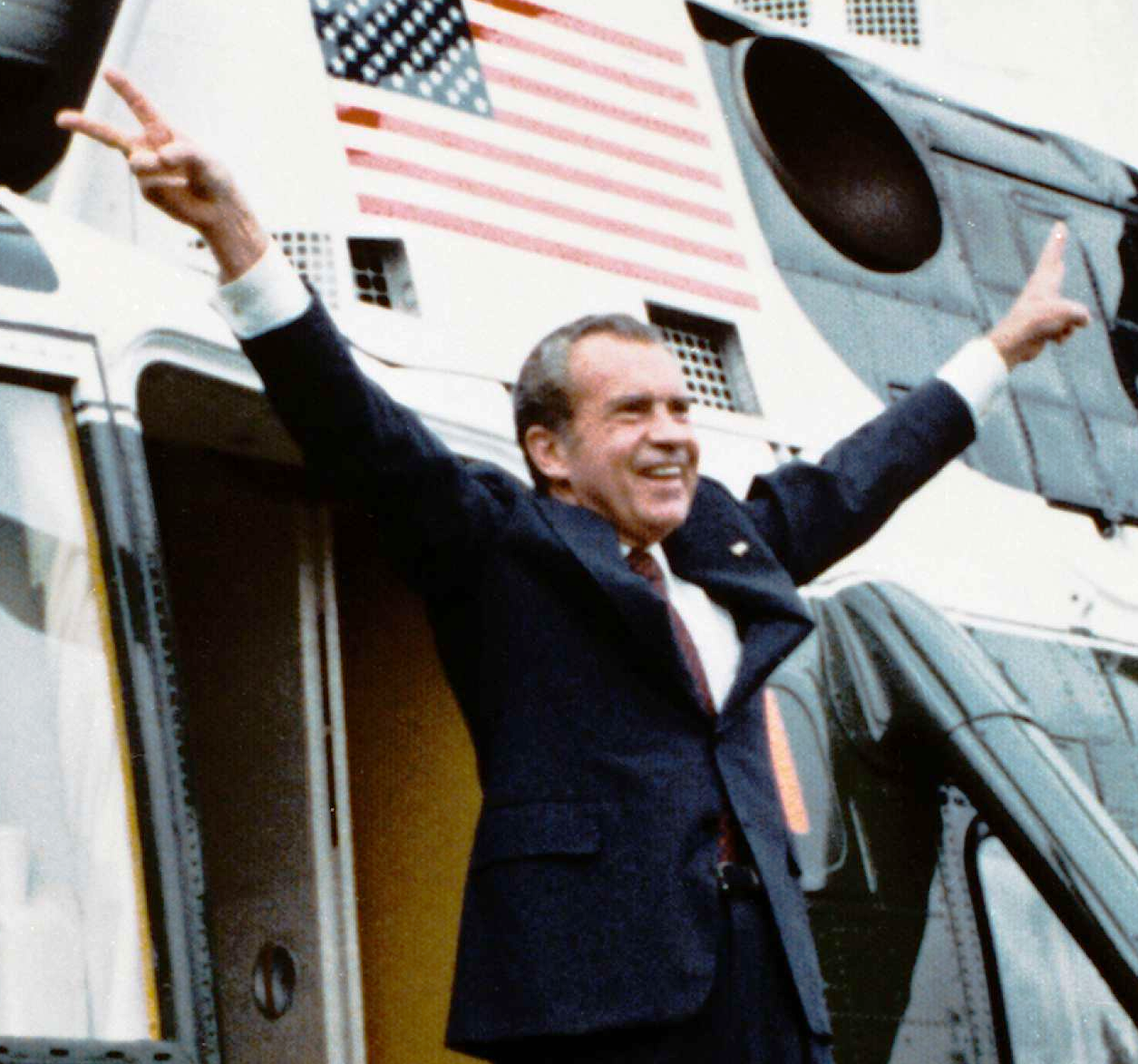 1973: In certain parts of medieval Switzerland it was the practice to cut an ear off any loitering gypsies. The message from the sedentary population was clear: go away and stay away.

In 20th-century Switzerland the charity Pro Juventute separated the children of Jenisch travelling people from their parents and placed them in orphanages or with foster parents among the wider community, so as to “improve” the children through education. In time, it was hoped, the supposed scourge of nomadism would be removed and the Jenisch way of life would fade away.

Between 1926 and 1973 the Kinder der Landstrasse (“Children of the Open Road”) project systematically and often forcibly removed over 700 Jenisch children from their parents, until a Swiss magazine exposed what was happening, and public outrage forced it to end.

1972: For 40 years, black men in Alabama were the unwitting participants in a Public Health Service study of the effects of untreated syphilis. From 1932 until 1972, when The Associated Press broke the story, the Tuskegee Study followed the progress of the disease in a group of 399 men. No effort was made to cure the men. When penicillin became available for the treatment of syphilis, it was deliberately withheld from them, since its use would interfere with the experiment. By the time the study was terminated, at least 28 and possibly as many as 100 of the participants had died from complications caused by the disease. “They were subjects, not patients;” James H. Jones observed in Bad Blood, “clinical material, not sick people.”

End Of The Road 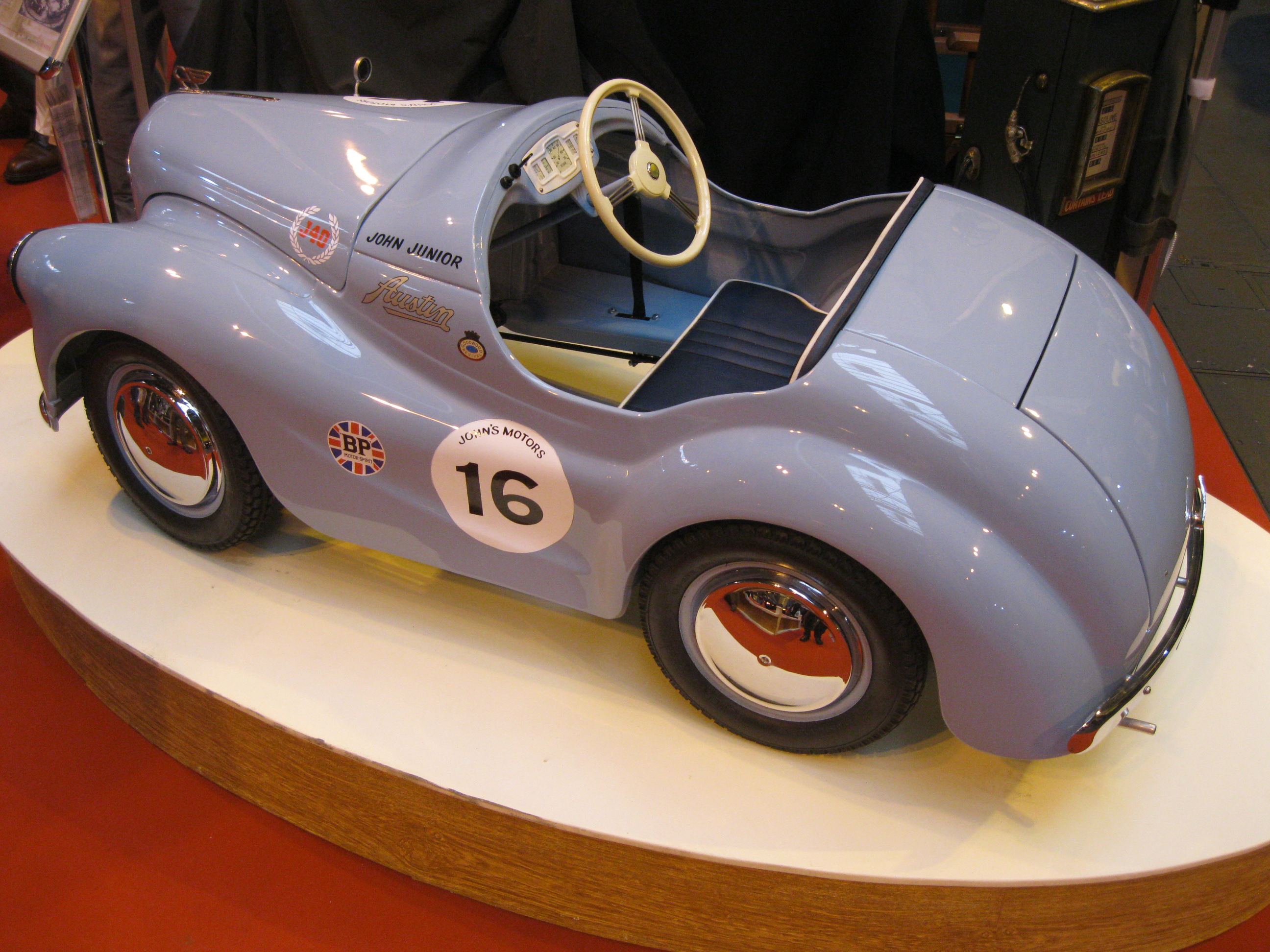 1971: Indicative, perhaps, of the decline of the British motor industry: the Austin Junior Car Factory in Wales ceased production of the Austin J40 pedal car.

1969: In 1968 and 1969, the United States dropped on South Vietnam one and a half times the tonnage of bombs dropped on Germany by all the Allies during the Second World War.

By 1969, the explosive force of the bombs dropped on North Vietnam each month was equivalent to two atomic bombs.

Up to the end of 1971, the United States had dropped 6.3 million tons of bombs on Indochina – more than three times the amount it dropped in all theatres during the Second World War.

In South Vietnam alone, there were 21 million bomb craters.

Q: What breed of dog was Gnasher, Dennis the Menace’s sidekick in The Beano from 1968 onwards?
A: An Abyssinian wire-haired tripe-hound.

1967: The British imperial presence in Aden ended on 29 November. Sir Richard Turnbull, the last-but-one high commissioner, had remarked that when the British Empire finally disappeared it would leave behind only two monuments: “one was the game of Association Football, the other was the expression ‘Fuck off’ ”.

1966: Just after nine on the morning of Friday, 21 October, one of the colliery waste tips that loomed over the Welsh mining village of Aberfan collapsed. A wave of mining slag and loose rock slipped down the mountainside, burying Pantglas Junior School and 20 houses in the village. Altogether, 144 people died; 116 of them were children.

1964: The Nobel Prize in Chemistry was awarded to British scientist Dorothy Crowfoot Hodgkin for her “determinations by X-ray techniques of the structures of important biochemical substances”, notably penicillin and vitamin B12. The Daily Mail’s headline: “Nobel prize for British wife”.

1963: The Green Line in Cyprus, separating the fractious Greek and Turkish communities, originated literally as a green line on a map. An upsurge of violence in December subsided after Britain’s Major-General Peter Young persuaded representatives of the two sides to accept a dividing line in Nicosia, the island’s capital. “Time and time again his green chinagraph pencil retraced the line across the talc of his field map, only to be rubbed out and changed in direction to suit the requirements of one side or the other. At last the pencil wavered no more – and the Green Line was finally and irrevocably drawn.”