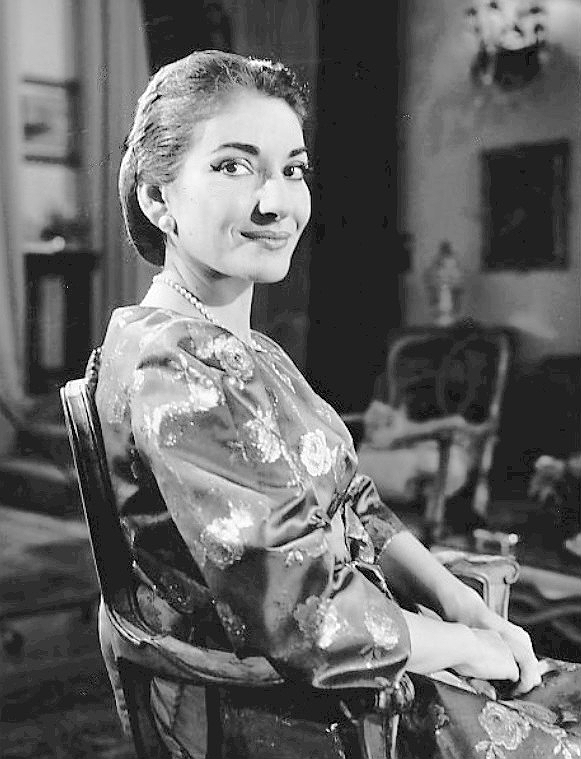 Maria Callas, as she appeared in a CBS television talk show in 1958

1957: Magazines and newspapers marvelled when Maria Callas managed to shed 28 kilograms in 11 months; they carried before-and-after photographs of her transformation from a frumpy 92 kilos to a slender 64.

Callas lost weight by strict adherence to a diet of one meal a day, small servings of fresh fruit and raw meat, no pasta, no bread and no alcohol. But when the opera singer later became infested with a tapeworm (probably consumed with the raw meat), gossip columnists gleefully suggested that she had deliberately swallowed it as part of a diet regimen.

1956: In the 1920s, Nina Hamnett was a promising artist, but by the 1930s and ’40s she had become a shabby figure who spent too little time in the studio and far too much time in the pubs and clubs of London’s Fitzrovia and Soho. “She was dirty, smelt of stale bar-rooms, and very pathetic.” At the York Minster pub, she made her favourite seat indelibly hers by urinating on it; sometimes she would be sick into her handbag before staggering home at night. On 13 December 1956 she fell from the window of her upstairs flat in Paddington and was impaled on the railings below. She died a few days later.

Rosa Parks, with Martin Luther King in the background, photographed in about 1955

1955: Driver Jim Blake must have thought he was simply enforcing regulations when he ordered four black passengers on his bus in Montgomery, Alabama, to give up their seats for a white man. Instead, Blake’s action on the afternoon of 1 December provoked the Montgomery bus boycott, a milestone in the American civil rights movement.

1954: Jack and Bobby Kennedy attended a speed reading course in Baltimore, but Jack’s later claim to be able to read 1,200 words a minute – three or four times the average – was probably exaggerated.

1953: The Everest expedition’s equipment included a 2-inch mortar to dislodge any accumulations of snow that threatened avalanches.

1952: A severe case of amoebic dysentery earlier in his career meant that Sir Evelyn Baring, the new governor of Kenya, suffered from indifferent health. He was prone to bouts of exhaustion and debilitating intestinal pain and his stomach was “so sensitive that he would pick out the small slivers of orange peel from his marmalade before spreading it on his morning toast”.

Bump In The Road

1951: The National Safety Council reckoned that towards the end of the year the total number of deaths from traffic accidents in the United States since the advent of the automobile would reach 1 million. In December, the millionth death was reached and passed, like a bump in the road.

1950: The playwright and critic George Bernard Shaw died on 2 November. Three weeks later, in accordance with the terms of his will, his ashes were mingled with those of his wife, who had died in 1943, and scattered in the garden of their village home.

1949: Agatha Christie joined her husband, the archaeologist Max Mallowan, at Nimrud, in Iraq. Christie lent a hand, cleaning ivories recovered from the excavations. She discovered that a very fine knitting needle and her face cream were “more useful than anything else for gently coaxing the dirt out of the crevices”. She used so much cream that within a couple of weeks “there was nothing left for my poor old face”.