1952: Britain’s Hypnotism Act (“An Act to regulate the demonstration of hypnotic phenomena for purposes of public entertainment”) prohibited the hypnotising of people under the age of 21.

1951: Inspectors at the Fernald uranium processing plant near Cincinnati, where ore was converted into metal for the American nuclear weapons programme, would routinely test the metallic strength of radioactive “green salt” by dabbing some on their tongues to see whether it tasted right.

1950: Lord Berners, who died in April, was a classical composer and the author of several novels, though he’s probably best remembered for his eccentricities: the clavichord in his Rolls-Royce; fake pearl necklaces round his dogs’ necks; blue mayonnaise; the warning, “Trespassers will be prosecuted, dogs shot, cats whipped,” in his garden; pigeons dyed magenta, copper green and ultramarine, “tumbling about like a cloud of confetti in the sky”; the notice at the entrance to his folly at Faringdon, “Members of the Public committing suicide from this tower do so at their own risk”.

1949: Published in London by the Mission to Lepers: The Romance of Leprosy, by E. MacKerchar.

“I write this sitting in the kitchen sink. That is, my feet are in it; the rest of me is on the draining-board . . .”

Promise To Be Good

1947: After dusk on 7 April, a search party of coalminers recovered the body of 4-year-old Glyndwr Parfitt from the River Afan in south Wales. The boy’s hands and feet had been tied with bootlaces. The police charged a 9-year-old playmate with murder. When questioned, he admitted the killing but promised, “I won’t do it again.”

1946: In July, hyperinflation in Hungary reached a monthly rate of 13,000,000,000,000,000 per cent. Put another way: prices doubled every 15.6 hours. By the time the pengő was replaced by the forint at the beginning of August, the Hungarian currency was so devalued that the dollar value of all the Hungarian bank notes in circulation amounted to just one-thousandth of one cent.

1945: “Command post moved to Potsdamer Platz station,” a German officer noted on 27 April as Soviet troops fought their way into the centre of Berlin. “Direct hit through the roof. Heavy losses among wounded and civilians. . . . Terrible sight at the station entrance, one flight of stairs down where a heavy shell has penetrated and people, soldiers, women and children are literally stuck to the walls.”

1944: On 24 March, in what was dubbed the “Great Escape”, 76 Allied prisoners of war scrambled to freedom through a tunnel under the perimeter wire of Stalag-Luft III. A year earlier, the prisoners had begun work on three tunnels: one had been discovered by the Germans, one had been abandoned, and one had been successful. Their code names were Tom, Dick and Harry.

Source: Anton Gill, The Great Escape: The Full Dramatic Story with Contributions from Survivors and Their Families (2002), p. 106

1942: In European colonies, white settlers used their political clout to reshape economies for their own benefit. Discrimination was thinly disguised. Kenya’s chief native commissioner described the colony’s monopoly on the marketing of maize, introduced in 1942, as “the most barefaced and thorough-going attempt at exploitation the people of Africa have ever known since Joseph cornered all the corn in Egypt”. 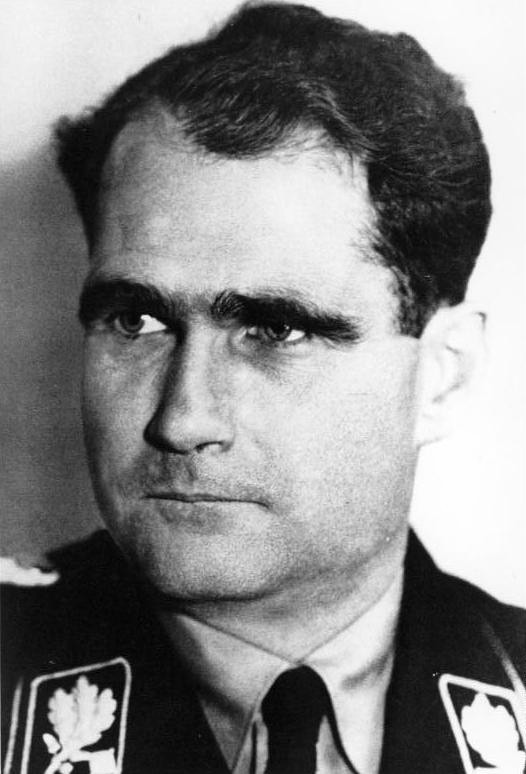 1941: Clement Freud began his culinary career as a trainee chef in the “huge dank dark” kitchen of the Dorchester Hotel. The vegetable cook was an elderly Frenchman, a heavy-drinking garlic chewer who garnished dishes by stuffing his mouth with chopped parsley and spraying it through the gaps between his teeth. This technique, Freud reported, was “particularly effective with new potatoes, where the evenness of his aim made the dish look impressive”.

Cats On A Hot Tin Roof 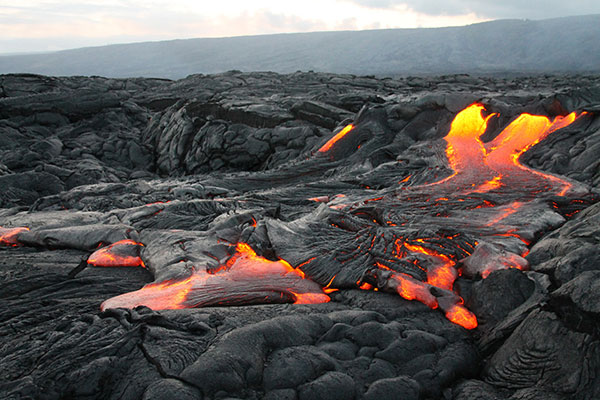 1938: The eruption of Bilyukai, on the Kamchatka peninsula in eastern Siberia, produced huge amounts of lava. Rivers of it, which, as it flowed away from the volcano, cooled and formed a crust on its surface.

The volcanologists V.F. Popkov and I.Z. Ivanov, showing scant regard for their personal safety, decided that the only way to properly study the lava was to go out on to it.

They tossed rocks on to the crust to strengthen it, and then Popkov gingerly stepped on to the band of lava that separated the riverbank from the crust. “Without letting go of Ivanov’s hand, I put . . . one asbestos-shod foot on the incandescent lava,” he wrote. “I released Ivanov’s hand and made another step by resting my body on the iron rod which I used as a walking stick and which sank slowly into the plastic mass.”

1937: When the entomologist Oscar Scheibel acquired a specimen of a previously undocumented blind cave beetle, found in only a few caves in northern Yugoslavia, he demonstrated his admiration for Germany’s leader by naming it Anophthalmus hitleri. 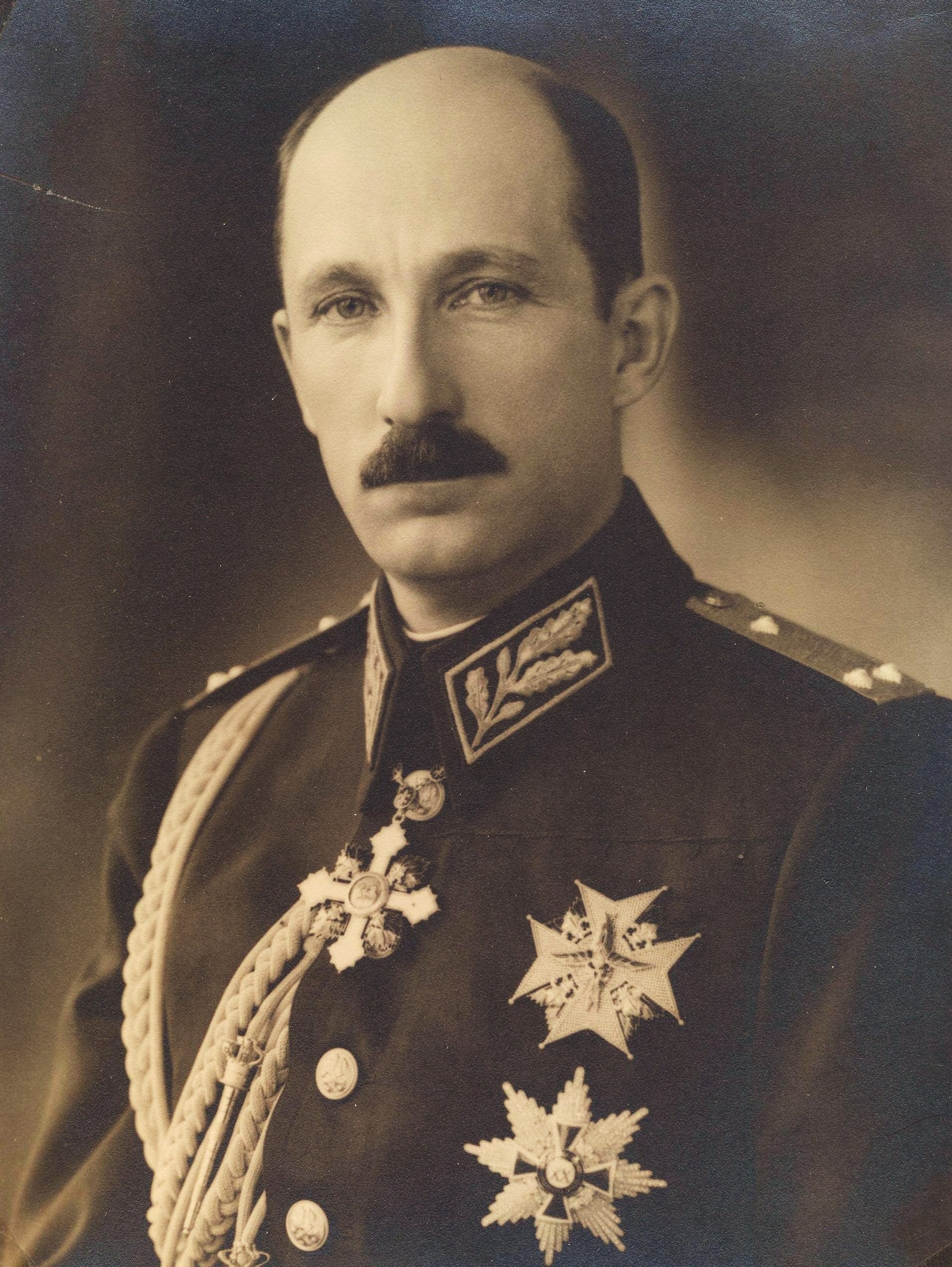 1935: In Germany, special schools were set up as the SS was expanded from a personal bodyguard into a fighting force. Training was rigorous. At the Bad Tölz school, an officer cadet might be ordered to pull the pin out of a grenade, balance it on his helmet and stand to attention while it exploded.

1934: Charles Johnson’s Shadow of the Plantation laid bare the poverty of black people in rural Alabama. Seventy years after the abolition of slavery, many still lived in ramshackle cabins (“Do it leak in here? No, it don’t leak in here, it jest rains in here and leak outdoors”), many endured ill-health (“All my chillen is fond of having fevers”) and many despaired of anything better (“Ain’t make nothing, don’t speck nothing no more till I die”).

1933: When the Nazi Party organised a plebiscite in November to demonstrate nationwide support for Germany’s withdrawal from the League of Nations, 99.5 per cent of the inmates of Dachau concentration camp voted in favour.

1932: Ralph Bagnold was a pioneer of motorised desert travel who later, during the Second World War, founded the British Army’s Long Range Desert Group. In Sand, Wind, and War, he recalled an incident from a peacetime expedition in the eastern Sahara.

Bagnold and his companions were driving across the Selima Sand Sheet. Their immediate destination was a small, uninhabited oasis, where they anticipated finding a petrol dump guarded by a policeman and his camel. They had driven hundreds of kilometres on a compass bearing. In the early morning, as they neared the oasis, Bagnold “distinctly smelt camel” on the breeze. He decided to follow his nose. “We drove for eight miles, and there, in a small depression out of sight from any distance, was the little oasis, the petrol, the policeman, and his camel.”