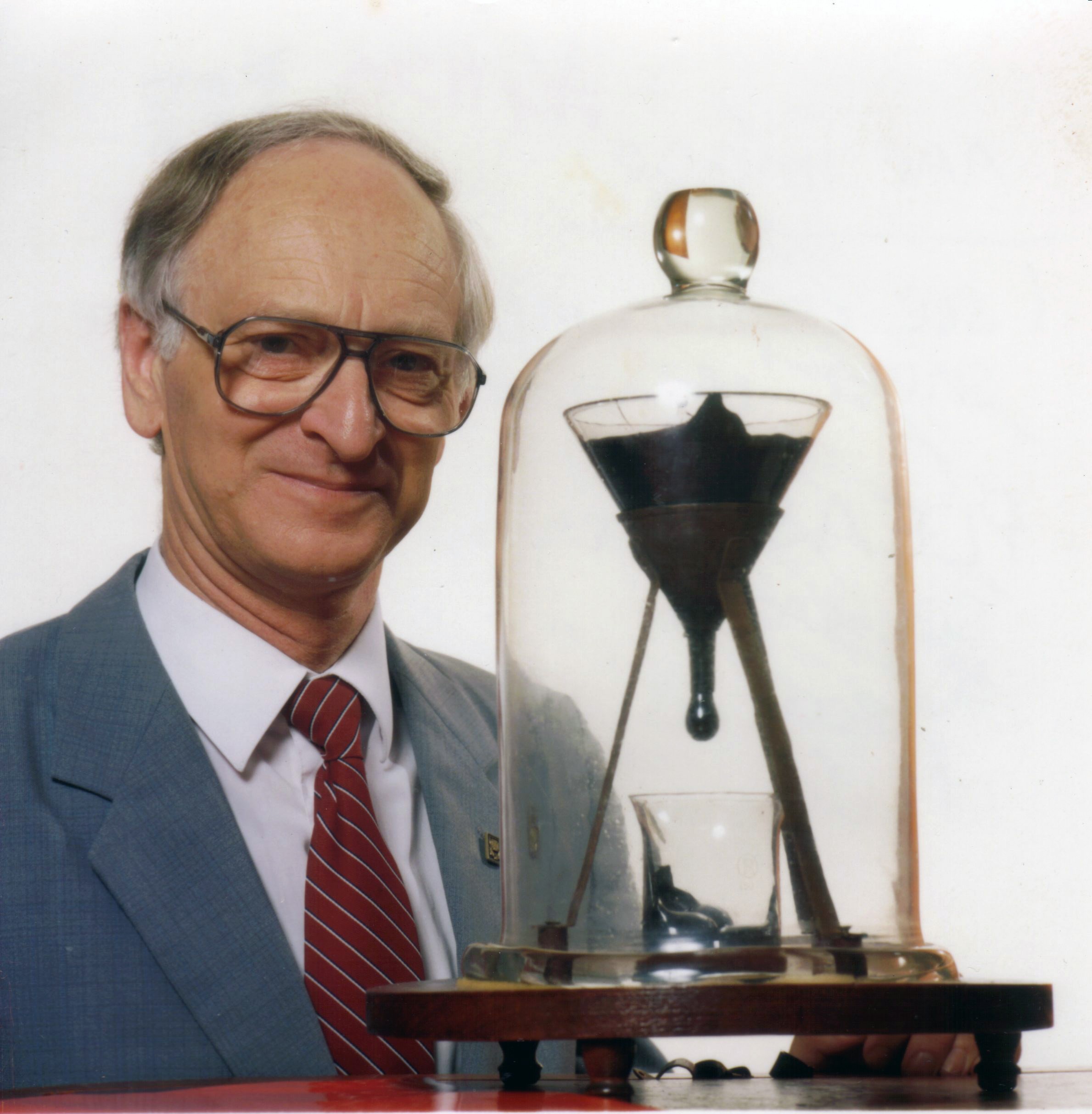 John Mainstone, of the University of Queensland, photographed in 1990 with the pitch drop experiment

1988: For half a century, John Mainstone oversaw the University of Queensland’s pitch drop experiment, in which pitch – the tarry substance used to make boat seams watertight – dripped infinitely slowly from a funnel into a flask. Set up in 1927, the experiment demonstrated that pitch is not a solid, but an extremely viscous liquid.

Although a drop fell from the funnel only once every decade or so, paradoxically, when this happened, it happened in an instant. One weekend in April 1979, aware that a drop was about to fall, Mainstone kept a close watch on the experiment, but nothing happened, so he went home. When he returned on Monday, the drop had fallen. Nine years later, he was determined to witness the next drop, but briefly abandoned his vigil to go for a cup of tea. When he came back, the drop had fallen.