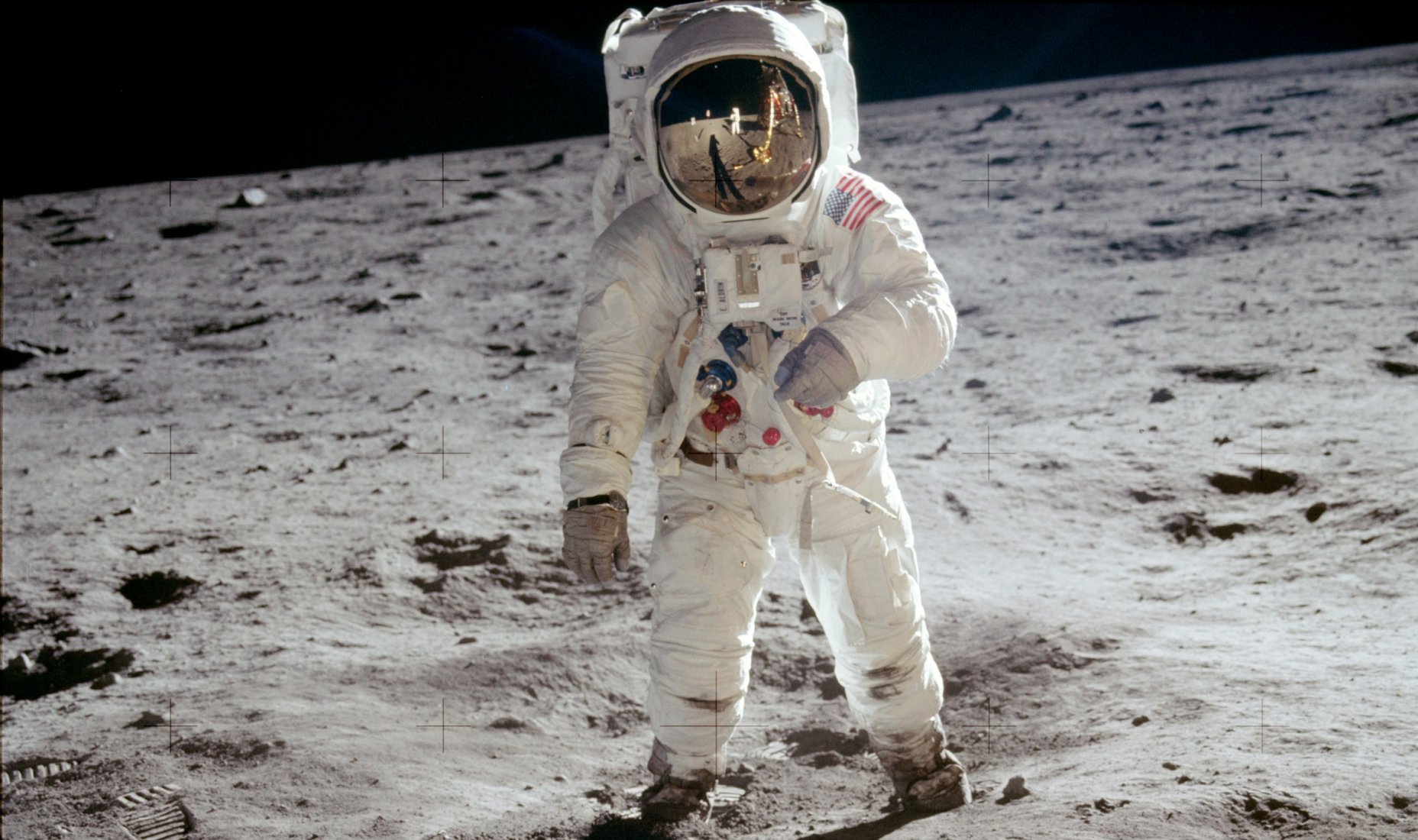 Edwin “Buzz” Aldrin, the second man on the moon

1969: American astronaut Edwin “Buzz” Aldrin, the second man to set foot on the moon, remarked: “When I would take a step, a little semicircle of dust would spray out before me. It was odd, because the dust didn’t behave at all the way it behaves here on Earth. On Earth, you’re sometimes dealing with puffy dust, sometimes with sand. On the moon, what you’re dealing with is this powdery dust traveling through no air at all, so the dust is kicked up, and then it all falls at the same time in a perfect semicircle.”