Last Of The Passenger Pigeons 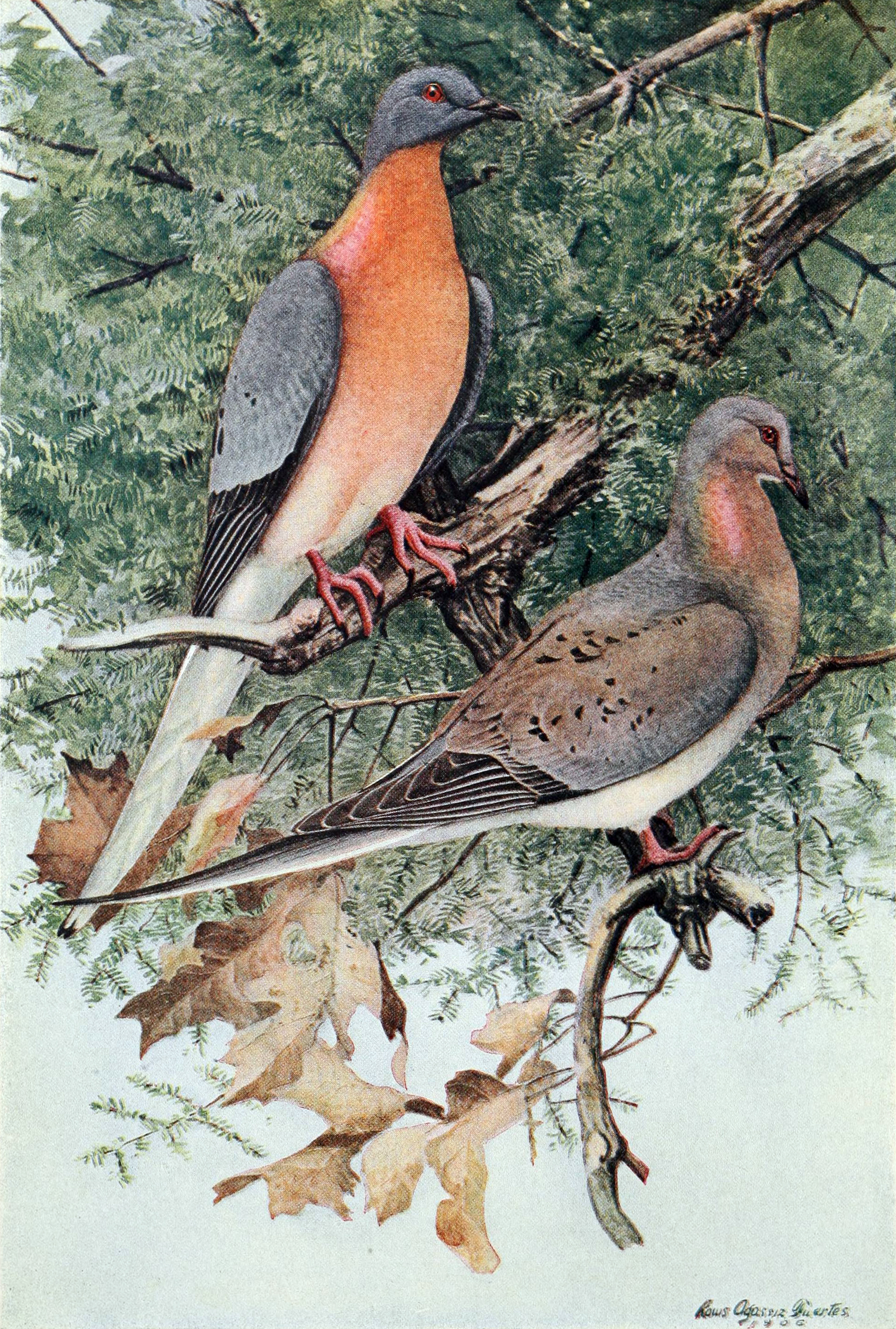 1914: Passenger pigeons once accounted for two-fifths of land birds in the United States: between 3 and 5 billion birds. The wildlife artist John James Audubon, who in 1813 witnessed their autumn migration, marvelled at the “countless multitudes” that crowded the skies above Kentucky for three days in a row. “The air was literally filled with Pigeons;” he wrote, “the light of noon-day was obscured as by an eclipse.”

In the second half of the 19th century, commercial hunters slaughtered them on a prodigious scale to provide cheap meat for East Coast cities. In 1878, at a large nesting site in Michigan, 50,000 pigeons were killed each day for the best part of five months.

The flocks, vast though they were, could not sustain such losses. In the space of a few decades passenger pigeons went from abundance to extinction. Around 1900 they died out in the wild. The few in captivity failed to breed and the last of them, a female named Martha, died in her cage at the Cincinnati Zoological Gardens on 1 September 1914.