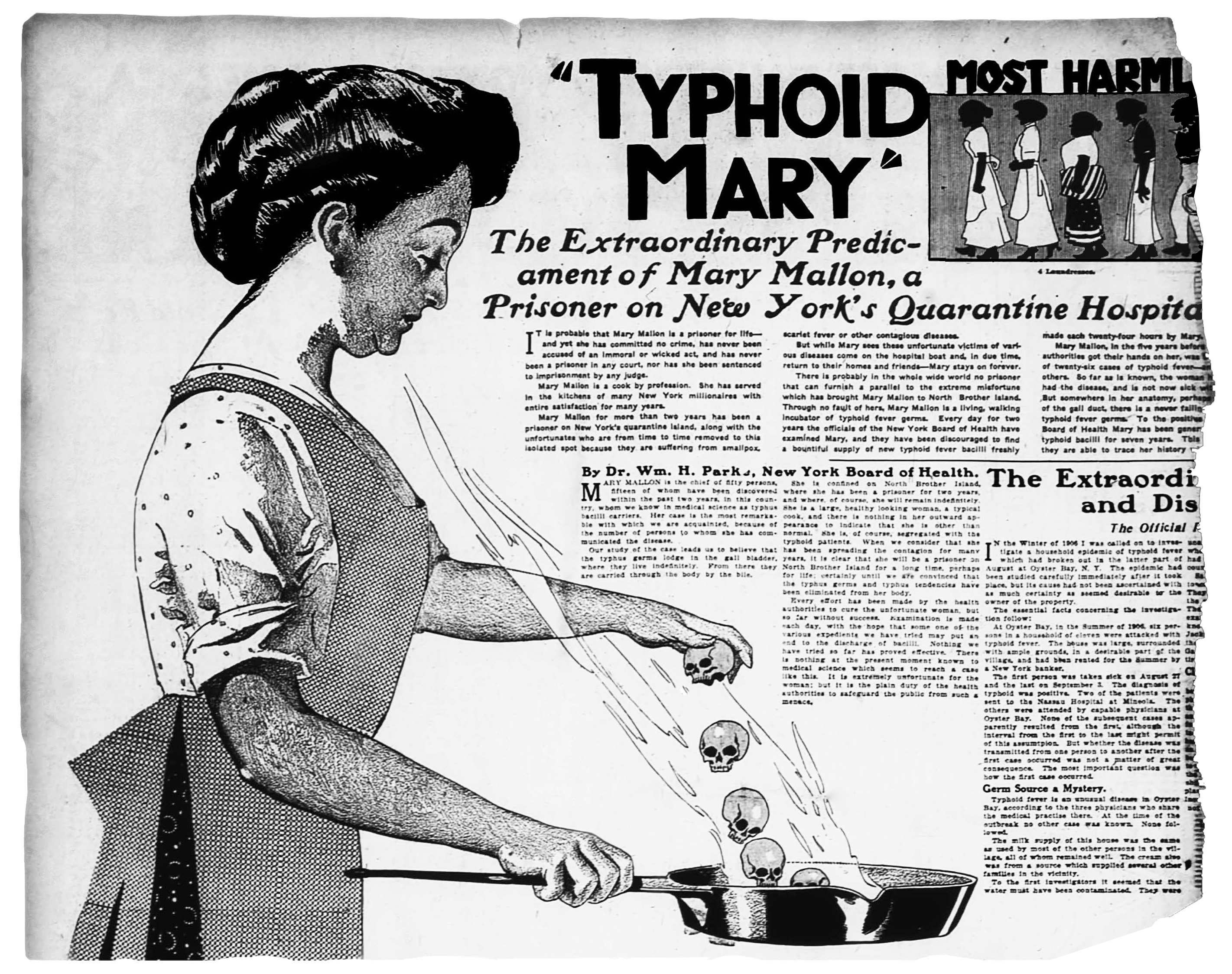 1907: Between 1900 and 1907, typhoid broke out in seven wealthy New York households where Mary Mallon was employed as a cook. Mallon appeared healthy enough, but she was a carrier of the disease. When she used the toilet, typhoid bacilli got on her hands and then contaminated the food she prepared. She infected an estimated 22 people; one died. As soon as her role in the outbreaks had been established, the authorities decided that she was a threat to public health, and detained her at an isolation hospital.

Three years later, “Typhoid Mary” was freed after promising to change her occupation. She broke her promise and resumed work as a cook, changing jobs frequently, using aliases and, unfortunately, spreading infection. When the health authorities caught up with her in 1915, she had infected a further 25 or so people; two had died.

She was detained again and this time she wasn’t released. Protecting the public’s health took priority over protecting Mallon’s civil liberties. She spent the last 23 years of her life in an isolation hospital and died in 1938.