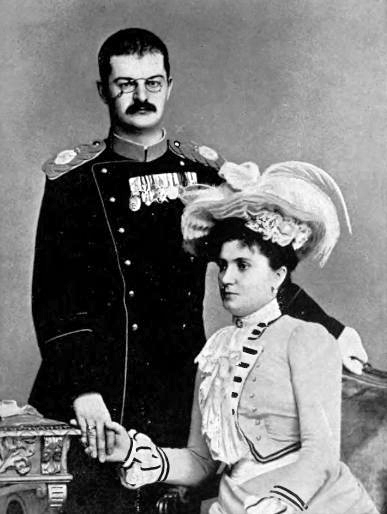 King Alexander I of Serbia and Queen Draga, photographed in about 1900

1903: Before dawn on 11 June, officers of the Serbian army forced their way into the royal palace in Belgrade. Alexander I was an unpopular monarch; he was high-handed, reactionary, and his marriage to a former lady-in-waiting had scandalised many. The officers had come to kill him. They blew in doors with dynamite and frantically searched the darkened palace. After two hours, the intruders discovered the royal couple in a concealed alcove. They killed the king and his queen, riddled their bodies with bullets, slashed them with sabres and tossed them into the garden.