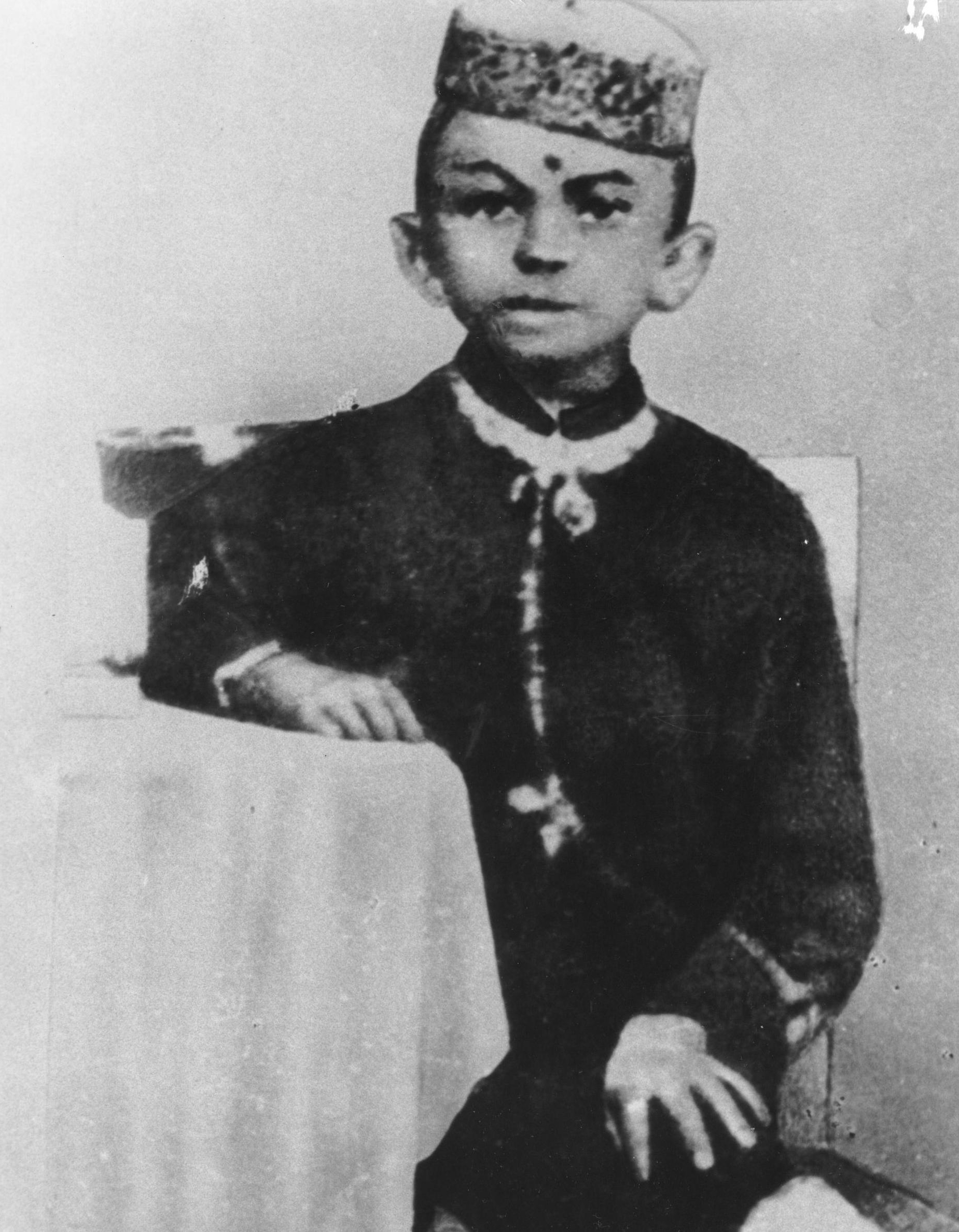 Mohandas Gandhi at the age of 7

1948: Balding head, wire-rimmed spectacles, moustache, shawl draped over one shoulder – Mohandas Gandhi was much photographed in his later years, which makes it difficult to visualize him as a perky youngster roaming the streets of Porbandar, in western India. His elder sister Raliat remembered him being as “restless as mercury”, unable to “sit still even for a little while”. When she took him for walks, he would approach animals and try to make friends with them. “One of his favourite pastimes was twisting dogs’ ears.”