1994: Wright Laboratory in Ohio suggested an unconventional addition to America’s military arsenal: “strong aphrodisiacs, especially if the chemical also caused homosexual behavior”. Sprayed on hostile positions, the chemical was intended to arouse affection between enemy personnel rather than aggression towards their American opponents. (“Make love, not war.”) The so-called “gay bomb”, however, appears not to have progressed beyond a written proposal; it never made it on to the drawing board. 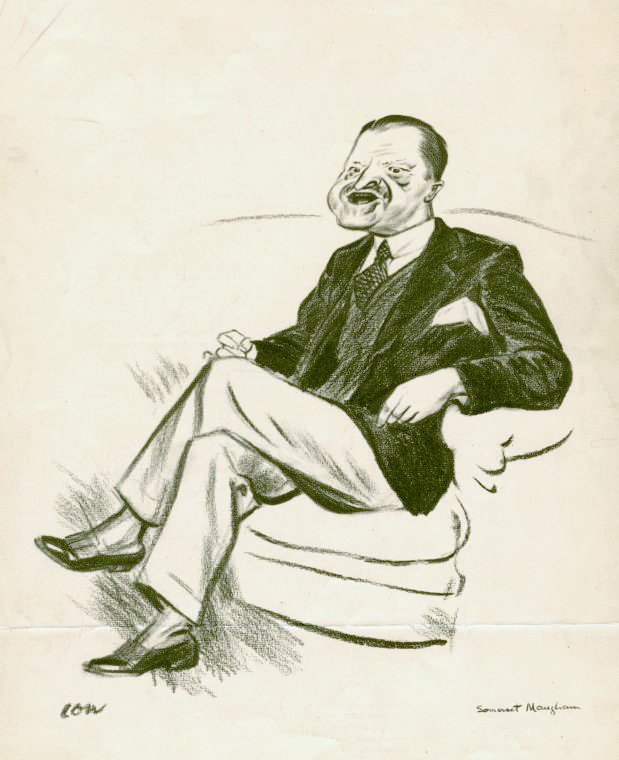 1955: William Somerset Maugham’s affair with Syrie Wellcome and their subsequent marriage produced one child but little happiness. When they divorced in 1929, Maugham was obliged to agree to a costly settlement to secure Syrie’s silence regarding his homosexuality. As the years passed, Maugham deeply resented the misery of their marriage and the continuing financial burden of the settlement.

Syrie died in London on 25 July 1955. Maugham heard of her death while playing cards at the Villa Mauresque, his home in the south of France. He put down the pack and drummed his fingers triumphantly on the table. “Tra-la-la-la,” he sang. “No more alimony. Tra-la, tra-la.”

Slip Of The Tongue

1945: Sir Alan “Tommy” Lascelles, George VI’s private secretary, lunched on 18 April with Quintin Hogg, the newly appointed undersecretary of air. “Hogg said that [Baron] Faringdon, a notorious pansy, had recently thrown the House of Lords into consternation by addressing their Lordships as ‘My Dears’.”

1924: Christopher Hollis amused his friend Evelyn Waugh with a story he must have heard from someone in the legal world:
“Mr Justice Phillimore was trying a sodomy case and brooded greatly whether his judgement had been right. He went to consult [the former Lord Chancellor, Lord] Birkenhead. ‘Excuse me, my lord, but could you tell me – What do you think one ought to give a man who allows himself to be buggered?’ ‘Oh, 30s or £2 – anything you happen to have on you.’ ”

1990: On 17 May, the general assembly of the World Health Organization agreed to remove homosexuality from its list of mental disorders.

1967: Returning from a holiday of sun, sea, sand and homosexual sex in Morocco, the playwright Joe Orton breezed through British customs without a hitch. His technique: “I simply chose the customs officer that, in an emergency, I wouldn’t mind sleeping with, and got through without having even to open my case.”