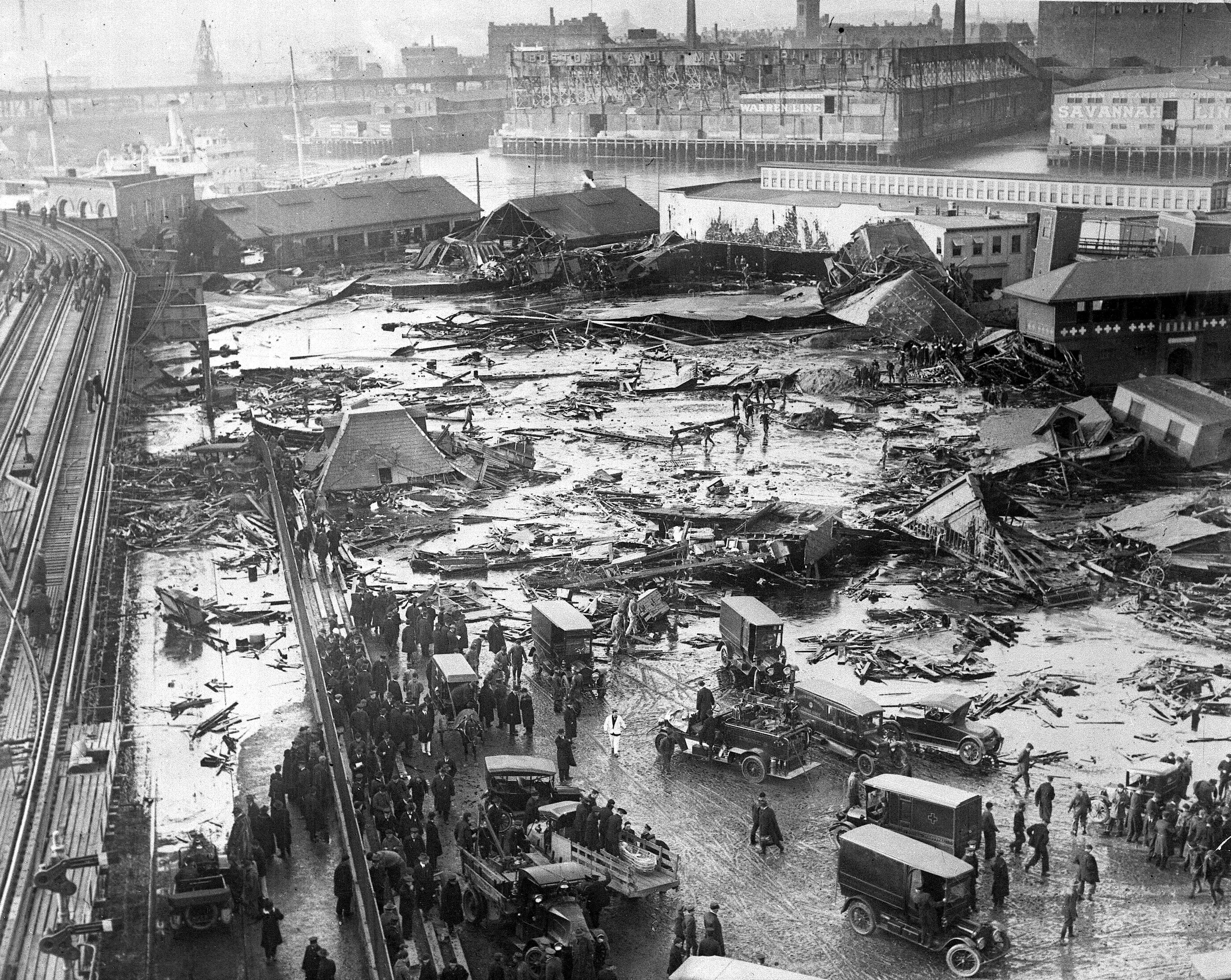 The aftermath of Boston’s molasses disaster

1919: The Boston molasses flood of 1919 would have been comical, were it not for the resulting deaths, injuries and destruction. Shortly after midday on 15 January, a huge molasses storage tank near the Boston waterfront burst. One might have expected the viscous liquid to have oozed from the tank and to have slowly spread out to form a gooey brown lake. In fact, the molasses surged out in a wave almost as high as a house, moving faster than a man could run. Nearby buildings were swept off their foundations. People were crushed or smothered. Twenty-one died and 150 were injured.