“The Wrong Kind of Snow”

1991: British Rail regretted to announce, on 11 February, that very cold weather would continue to cause delays and cancellations of commuter services around London for several more days. It wasn’t the amount of snow, explained a BR spokesman, so much as its nature – very dry and fine enough to penetrate the air intakes of trains and to short-circuit their motors.

The spokesman didn’t actually say “the wrong kind of snow,” but newspaper headline writers knew a good paraphrase when they coined one, so the expression stuck. 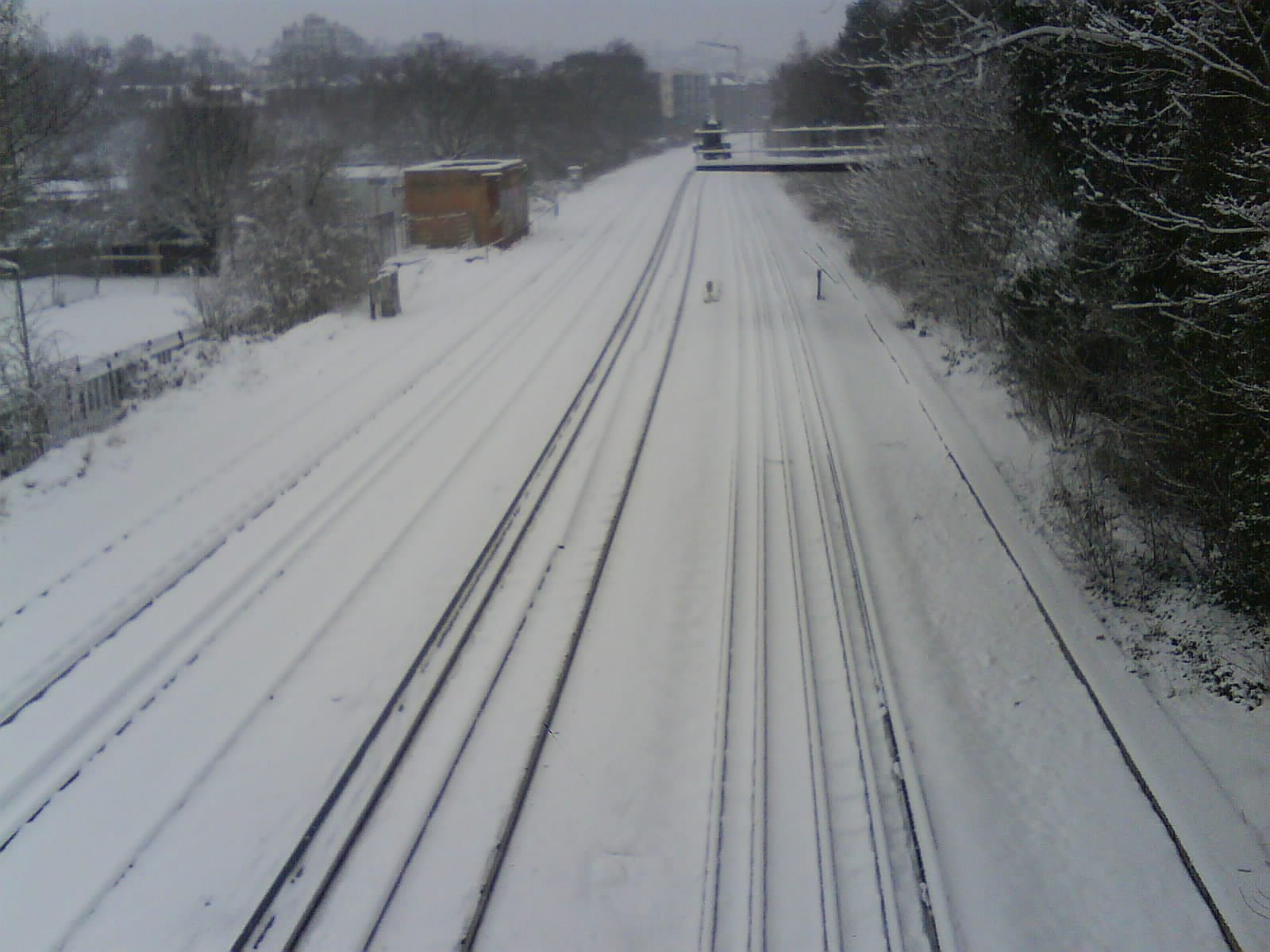 Snow on the tracks, photographed by Likelife